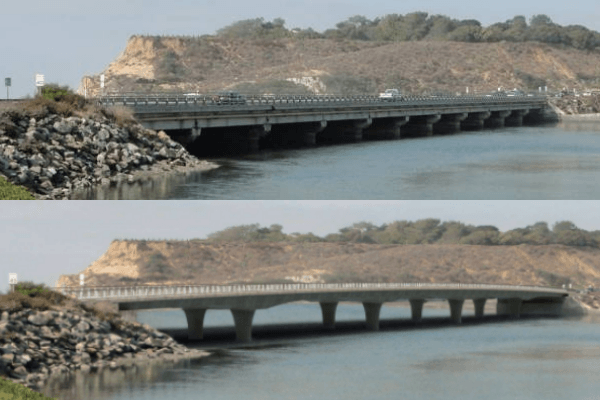 The City of Del Mar has launched a multi-year project to replace the Camino Del Mar bridge over the San Dieguito River.

As planned, the new bridge would accommodate one traffic lane in each direction and bike lanes and sidewalks on both sides. With fewer pilings than the existing structure, the replacement bridge would improve the hydrology of the river and the ecology of the environmentally-fragile wetlands.

A 36-month construction program is expected to begin in January 2025. Beach access will be maintained during construction.

Located north of Sandy Lane and south of Via de la Valle, the existing bridge was built in 1932, widened in 1953, and modified in 2001. In 2010, a study identified corrosion and vulnerability to earthquakes and recommended replacement as the most cost-effective solution.

Early estimates place construction costs at $25 million to $28 million, of which nearly 90 percent would be eligible for federal reimbursement. 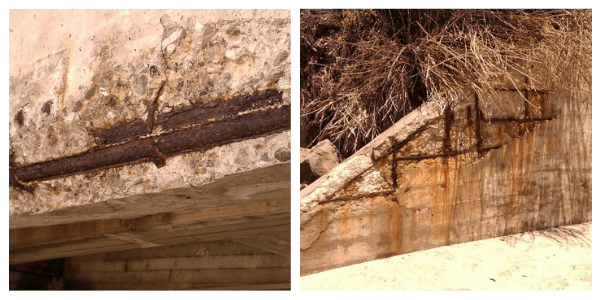 During an open house in 2019, residents and the project team discussed architectural treatments, design and construction alternatives.