The 5.3 acre Del Mar Shores property, generally located west of Camino del Mar, south of 9th Street, and east of Stratford Court, was purchased by the City of Del Mar in 2008. More than half of the funds to purchase the site, approximately $5.4 million, were raised by donations from the community.

The Shores property, formerly owned by the Del Mar Unified School District (DMUSD), served as the home of the Del Mar Shores School from 1947 to the 1970s. Since then, a portion of the property was leased to a succession of tenants, including the current occupant of a portion of the site, the private Winston School, since 1988.

The Shores property was acquired with the intention of preserving open space and recreational uses, as well as the continued operation of the Winston School. Today, the property, outside of the Winston School lease, is currently used for informal recreation and as an intermittent dog park. No City of Del Mar recreational programming occurs on the site. The former DMUSD buildings are used by two Del Mar non-profit organizations – Del Mar Community Connections and the Del Mar Foundation.

The City has embarked on a master planning process for the property to develop a long-range vision to guide the park’s development. The master plan will be a “blue print” for the future that identifies future facilities, programs, and a plan for implementation. Schmidt Design Group has been hired by the City of Del Mar to develop the park master plan.

Public input will be an essential part of developing the park master plan. The first phase of the public engagement process included interest group interviews, a community survey, and on-site community workshop.

Based on an extensive community engagement effort in 2015, the landscape architectural consultant for the Shores Park Master Plan, Schmidt Design Group developed the attached (PDF) three original concept designs (“bubble diagrams”) for how the park could potentially be developed. These concepts were presented to City Council on January 19, 2016. View the Schmidt Design Group's presentation and view the PowerPoint of their presentation (PPT).

In May 2017 (PDF), Schmidt Design Group introduced three new concept bubble diagrams (PDF) that redevelop the park more collaboratively with Winston School. These were developed in partnership with the School's architect, OBR Architecture. A link to Schmidt Design Group's presentation can be found here (Item 12) and the Powerpoint of their presentation can be found online (PPT).

The project is now entering Phase Three of the Master Plan effort, “Create”. The objective of Phase Three is to ultimately narrow down the three concepts to one recommended Master Plan design based on community input. The “bubble diagrams” along with preliminary estimates for the cost of construction and on-going operations and maintenance of all the park designs will be the focus of a community workshop in Fall 2017.

Also in the coming months, the process of determining the required level of environmental review will begin, as well as initiating that review process, which needs to be completed prior to the City Council formally adopting a final Master Plan design.

Invites and other memos: 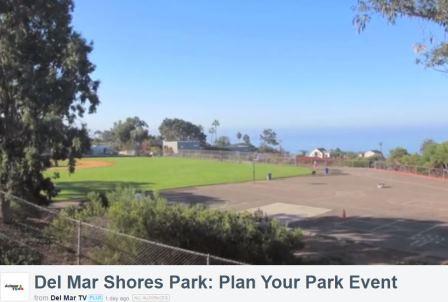 Interested in staying informed about the Shores Park Master Plan?